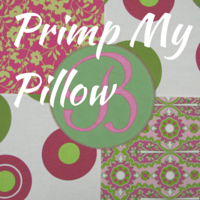 Who doesn't love a monogrammed pillow? And you don't need an embroidery machine to make this! All you need is is a little bit of fabric, some fusible web, a 22"/23" zipper, and an 18" pillow form. This is a great way to test out your zipper skills!

First, read my tutorial on installing a zipper in a pillow, then get the applique letters here (Google Drive)! 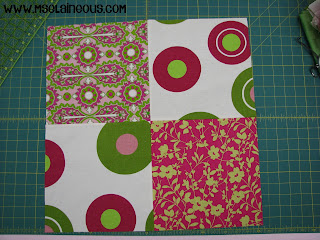 Sew the sets of squares together - don't worry about getting the center all lined up; it will be covered with the applique circle! Press seam open. 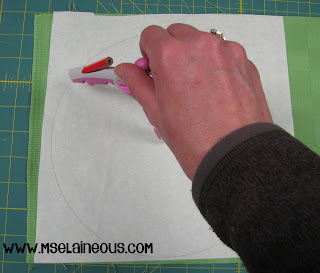 TRACE AND FUSE: Get the 9 ½” square (monogram circle); following manufacturer’s directions, fuse the fusible web to the wrong side of the fabric.

Using a compass (or other tool), draw a 9” circle on the paper side of the monogram circle. 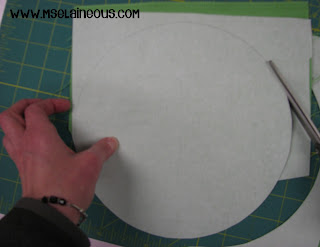 Cut out the circle. Use some good scissors but not your best pair. The paper will dull your blade. 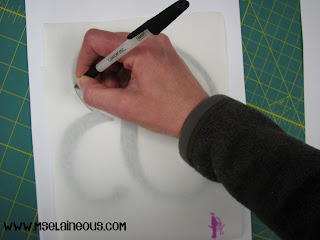 Trace the letter on to the paper side of the fusible web - don't worry about it being perfect-you can fine-tune it when you cut it out. Cut off the excess fusible web BUT leave about ½” outside the letter. 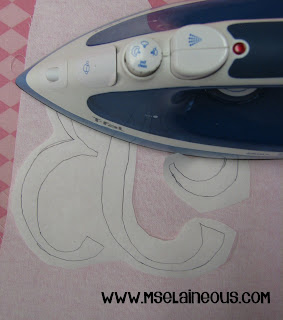 Following manufacturer’s directions, fuse the fusible web to the wrong side of the monogram letter fabric.

Cut out the letter. 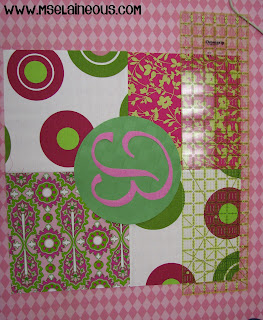 Remove paper from the monogram letter, center it on the circle, and LIGHTLY fuse it to the fabric (you’ll press a stronger bond in the next step).

Remove paper from monogram circle, and permanently fuse to the pillow/four patch—this can be centered in the middle of the pillow or placed wherever you’d like.

I've used a ruler to center my applique. 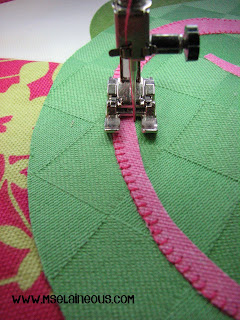 APPLIQUE:
Applique as desired. Make sure that you follow the flow of the letter. It may take some time to figure out where to start.

You may want to add some tear-away stabilizer to the area that you are monogramming. This will strengthen the fabric. Once you are done, remove the stabilizer. 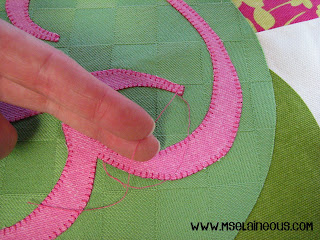 It helps to leave a long tail when you begin and end. You can use a self-threading applique needle to pull the threads through. 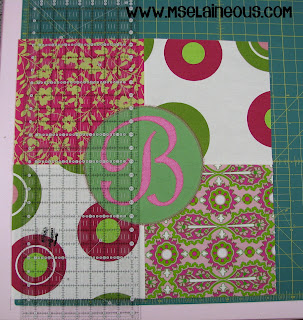 SQUARE UP: Cut the pillow front so it is 18" square. 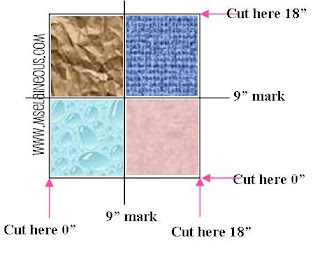 An easy way to do this is to place pillow front/four patch on cutting mat, and line up the center of the design on the 9" mark and square up; cut as shown in the figure to the left. 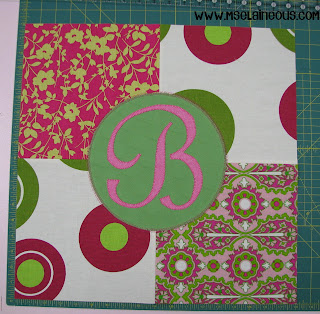 Follow the directions in my zipper tutorial to sew in your zipper - be sure to put the zipper in the bottom of the pillow so it's hidden.

Once you sew in the zipper, open it about 6". Place four-patch and pillow back RST and sew the remaining sides. If you plan on washing this, you may want to overcast along the edge. Clip corners and turn right side out through the zipper!
Enjoy! 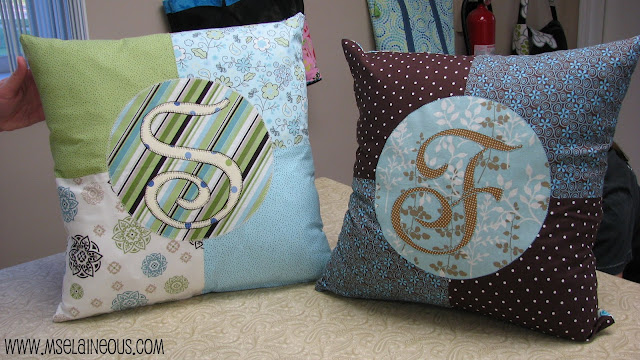 Bia
I'm a full time college professor (Communication) and part time pattern designer and blogger. Sewing stretches my mind and has made me love math. My sewing machine is Betty Bernina and she's my buddy during the summer. If you need help with a speech, let me know. That's what I do!